The Belt & Road in Global Perspective is delighted to welcome our new Postdoctoral Fellow, Dr. Stephen Smith! We invite you to learn more below about Dr. Smith’s research and his new role as part of the BRGP team.

My name is Stephen Smith and I’m very excited to join the Munk School’s Belt and Road in Global Perspective research initiative as a postdoctoral fellow. It is especially wonderful to join such an exciting and cutting-edge research initiative given my background experience in Asia. I spent several years in Taiwan as a young graduate student, struggling to balance politics courses during the day and Chinese language classes at night. During my doctoral studies at Carleton, I was fortunate to have the opportunity to spend two years at Fudan University in Shanghai. Spending my formative years in the region gave me an insight into the deep transformations that are unfolding across Asia in the wake of China’s rise as a great power.

My current research focuses on Chinese politics, particularly the evolution of the Chinese Communist Party (CCP). As most readers will appreciate, the CCP under Xi Jinping has undergone a metamorphosis in how it conceptualizes itself as a ruling regime and, correspondingly, how it governs the country. Its “leading role” over Chinese society is much more obvious than it has been in several decades, whether in managing the response to Covid-19, information censorship, the demand to indigenize foreign religions and ideas, or in the humbling of Alibaba’s Jack Ma. The message is that the Party knows best. My latest research goes back to some of the classic literature on Leninist developmentalism, much of which was used to understand ideology and organization in the Soviet Union, to draw insights for the contemporary evolution of the CCP’s governing style.

This marks a change from my dissertation research, conducted under the direction of Jeremy Paltiel at Carleton, that explored the various ways the notion of world order is understood, theorized, and practiced in China. My focus was the attempt by Chinese scholars to develop a ‘Chinese School’ of international relations theory that began in the post-Mao era and has continued to this day. There have been several notable innovations that draw from China’s imperial and pre-imperial history, including theories of benevolent hegemony, Tianxia, Chinese relationality, and symbiosis-gongsheng. While the movement has withered in recent years, the quest to develop a unique Chinese theory of IR is particularly interesting in light of China’s re-emergence as a great power and its struggle to forge a unique identity vis-a-vis the liberal West.

At Munk, I will bring my research experience to bear on a course that I will be designing for the winter semester called ‘Comparative Regional Studies of China’s Belt and Road Initiative’. China’s massive BRI – which spans a huge swathe of the globe, with infrastructure projects in Asia, Africa, Europe, and beyond –  has generated intense disagreements among observers. While China calls it the ‘project of the century’ that will bring peace and prosperity to the world, critics label it an ‘empire building strategy’ and ‘21st century neo-colonialism’. Some see a lucrative opportunity for trade with the potential to improve life in the Global South. Others worry about the disastrous effects of building coal plants and hydrocarbon pipelines during our climate crisis. My course will help students understand the complex changes to Asia’s social, cultural, and political fabric that have been set in motion by the BRI.

Although my own speciality is in International Relations theory, the interdisciplinary course will also borrow insights from critical geography, environmental studies, and cultural studies. Students will learn about dam building on the Mekong river, border infrastructures in Nepal, ‘smart city’ surveillance in Central Asia, and much more. By crossing territorial boundaries and thematic issues, the goal is for students to develop a critical understanding of the ‘downstream effects’ that the BRI is already having in Asia.

While it is cliché to say, the world really is changing quickly. Political transformations brought about by China’s rise are complex, ongoing, and not yet fully understood. The Belt and Road in Global Perspective research initiative touches on key issues within this larger geopolitical shift. I’m excited to join the stellar team undertaking this research and contribute in my own small way to this timely endeavor. 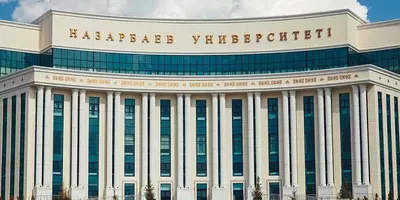 Call for Participation: Conceptualising the "Belt and Road Initiative" and its Effects 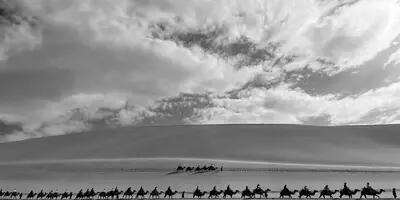