Martina Facchin and Hui Wen Zheng are alumni of the 2017-2018 Munk One Cohort. Recently, they competed alongside peers Mia Nguyen and Jai Aggarwal in the annual Global Engineering Week Hack The Globe challenge to take home the first-place finish. Read about their takeaways below.

As students of Munk One, we are encouraged from day 1 of our university experience to think critically about the world’s complex 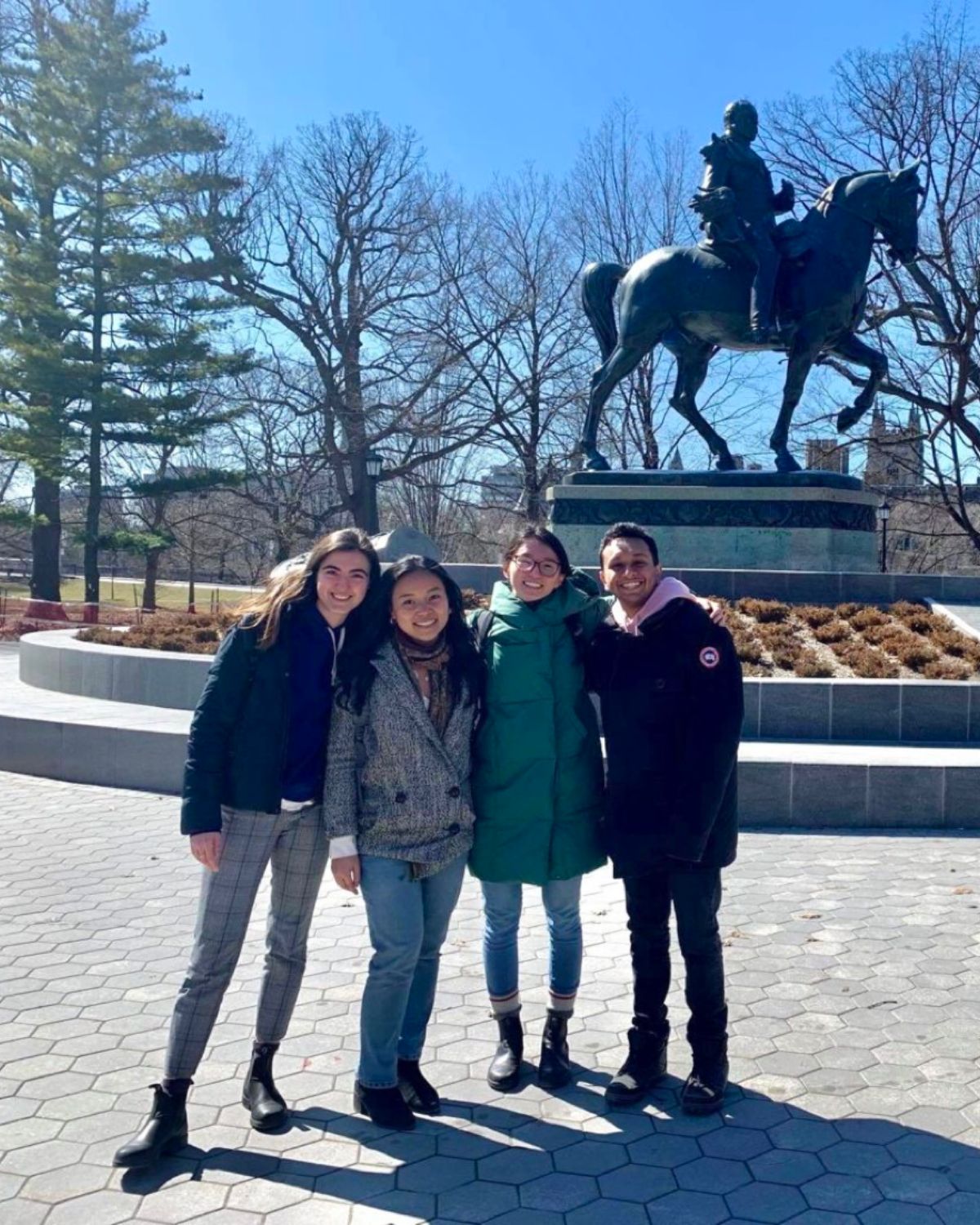 issues, use data-informed approaches to problem-solving, and to work in interdisciplinary teams. It’s no wonder that we were drawn to the annual Global Engineering Week’s Hack the Globe competition. Hosted in partnership with the Boston Consulting Group (BCG), the annual hackathon brings together over 120 undergraduate and graduate students from across universities to tackle pressing global development problems based on the UN Sustainable Development Goals (SDGs). The hackathon encourages diversity of backgrounds in its participants and offers many workshops and mentorship opportunities with experts in organizations such as Save the Children, World Food Programme, Google, Grand Challenges Canada, and more. The competition is part of a greater series of events within Global Engineering Week, which seeks to expose engineering students to diverse perspectives to address socio-economic, political, cultural, and technical aspects of global development problems. This year’s Hack the Globe centred around the themes of Global Health, Crisis Response, Economic Opportunity, Education, Environment, and Urban Infrastructure.

Those familiar with Munk One may feel a sense of deja-vu with the second-semester MUN105 lab group projects, which are similarly structured around the SDGs and culminates in a Dragon’s Den style pitch in front of a panel of subject matter experts. Both of us had experience with socially-focused case competitions through participating in, and later organizing the annual Munk One Case Competition. That early experience also encouraged us throughout the years to participate in other competitions, such as the Dalla Lana Toronto Thinks Global Health Case Competition and the Social Innovation Challenge hosted by Grand Challenges and the Canadian Red Cross.

Both being students enrolled in social science programs, the prospect of entering in a hackathon where most participants were engineering or computer science students presented a challenge. However, we were encouraged by the familiarity of the subject matter and driven by a curiosity to learn more about how technological innovation could be applied in the field of international development. We were lucky to have friends Mia, a 4th-year student in Political Science and Contemporary Asian Studies; and Jai, a 4th-year Computer Science and Cognitive Science student be part of our team. Unlike other case competitions, we were given two weeks to research solutions from the kick-off date (though the themes were available ahead of time as well). This gave us a good amount of time for ideation. During this period, we were primarily concerned with finding a problem where tech can be integrated as an improvement to existing processes, rather than try to force it into a use case where it wouldn’t make sense. Understanding that many intractable issues are a result of structural problems and require the distribution of physical goods into the hands of those who are not granted access, we wanted to work within a population that already has wide access to the technology we want to implement and not try to act as a replacement where material provisions are necessary. Coming from backgrounds that focus on critique and considering a broad range of ethical questions, it was difficult to land on a solution that was both feasible and meaningful. However, our critical lense ultimately led us to a solution that embodied those criteria.

We had decided to narrow down on displaced populations moving in and out of refugees camps since it is a growing area of humanitarian concern, and have existing structures and frameworks we could work within and supplement. Originally, we had thought of increasing the efficiency of resource distribution within camps using SMS or satellite technology. However, upon further research and most importantly, from speaking to the mentors provided to us by the hackathon, we got a better sense of what was actually needed on the ground and what was already in place. This put us on a different route less than a week out from the actual pitch.

Throughout our research, we commonly found that displaced populations are increasingly digitally connected. The UNHCR reports that access to 2G and 3G networks are on par with the global average and that 68% of urban refugees have an internet-capable phone. Even where access is lower, such as in rural refugee populations where that number is 22%, sharing is still common between and within family units. Save the Children was also one of the partner organizations providing insights, and we were aware that the safety of children and the preservation of family units was a particular area of focus for humanitarian workers in conflict situations. Based on 2018 UNHCR figures, 51% of refugees and children, and an estimated 138,600 of them are unaccompanied or separated from family. We also studied the current family reunification protocols, especially those around data privacy, to understand how tech could be implemented with respect to ethics among a vulnerable population.

This informed our final idea which essentially boiled down to using picture recognition technology to reunite separated families. To do so, we coded and designed an application meant to be used by both parents and NGO caseworkers operating on the ground in crisis situations, such as in refugee camps.

However, coming up with an idea was just one part of the process and we greatly leaned on mentors to better understand how we could actually make an idea like this a reality. Through chats with the LEAP Center and Grand Challenges Canada, we were given advice about how to implement via a pilot, scale for the long-term, and how to think about measuring impact. We were also assigned a BCG mentor, who was able to help us better understand from a business perspective how a team could be built, possible financing models, and also keep us on track in the two-week period. Due to COVID-19, the hackathon was prudently moved online and we ended up undertaking two rounds of virtual pitching to an interdisciplinary panel that represented the social, academic, tech, and business sectors to be awarded the winning prize. We also saw the pitches of the other 6 finalists, whose innovative ideas ranged from encouraging environmentally-conscious grocery shopping to informing small-holder farmers of market seed prices.

Needless to say, we had no idea what we were getting ourselves into signing up all those weeks ago and have learned so much about how 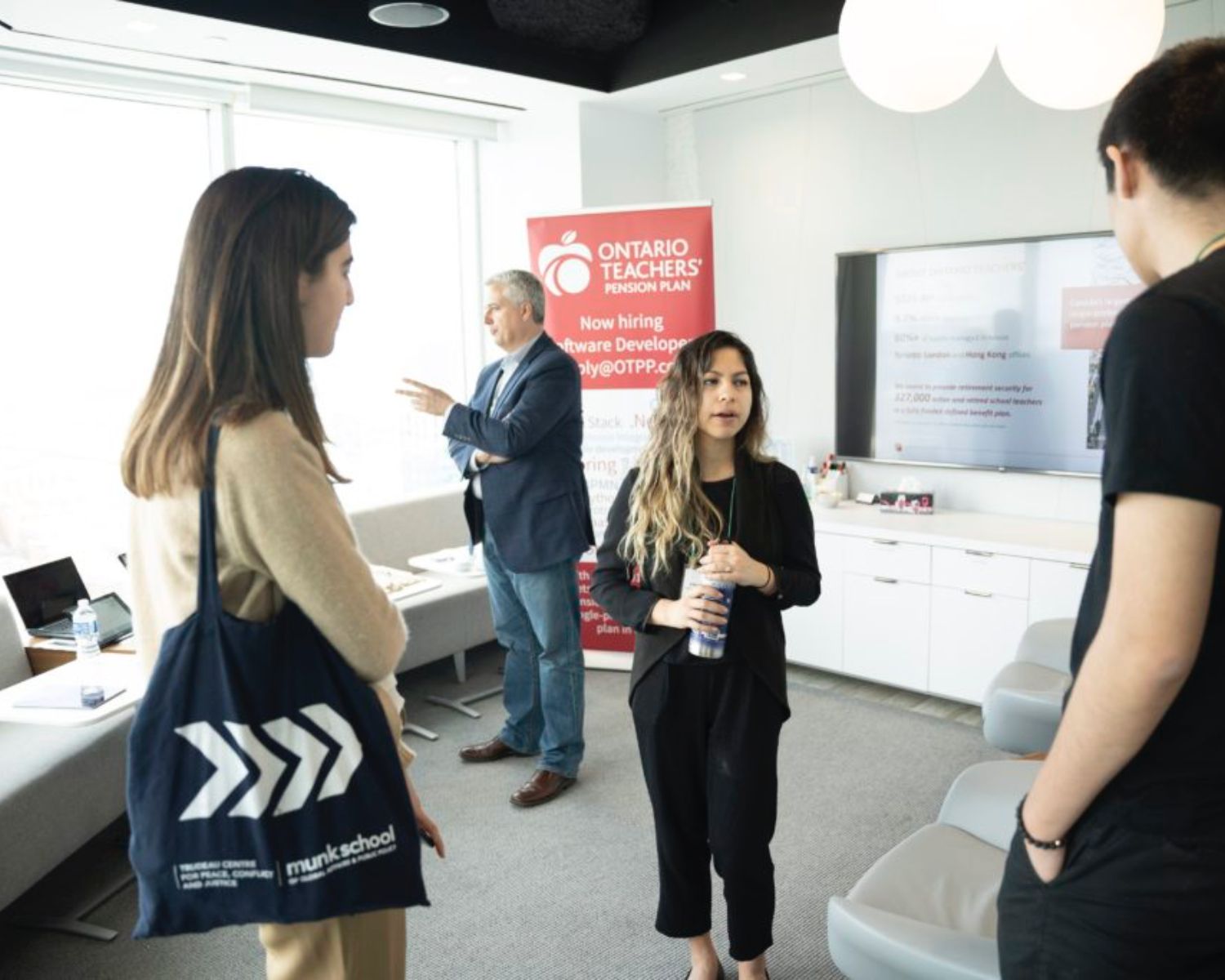 to apply our studies to the real-world while also learning about the importance of interdisciplinary collaboration. We definitely weren’t expecting to win and were consistently amazed at just how well-organized the Global Engineering Week team was, especially in shifting towards a digital format and showing that it could be executed with quality and be just as engaging. In terms of next steps, our team is interested in doing more research to see just how far this idea can go. But in the meantime, we are really thankful for having had this experience. Experiential learning opportunities like these keep driving us to study and encourages us to begin our attempts at developing tangible solutions. In a world where technology can have endless potentials – both good and bad – Hack the Globe taught these social science students how to embrace its tools and identify intersections of opportunity within the realm of humanitarian action 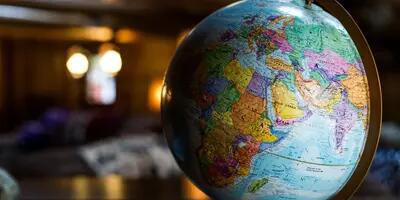 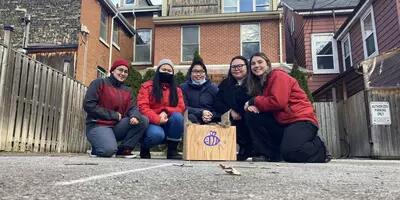