Arts & Science alum Marjila Yousof is using her degree to effect positive change in the world.

“Don't be afraid to be a changemaker, whether it’s social change, political change or change in your community,” says Yousof, who earned her Master of Public Policy from the Munk School of Global Affairs & Public Policy.

“We're faced with many different crises in the world right now, but you have a voice, and you should use it to speak up loudly and fearlessly. At Munk, you're given the tools to find that voice.” 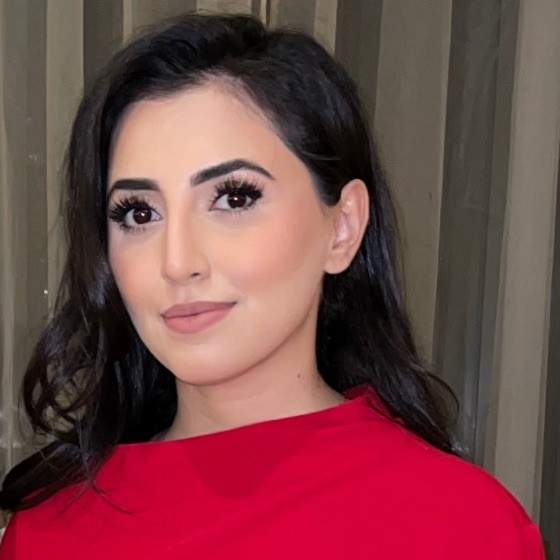 While at U of T, Yousof turned a Munk internship with Transport Canada into a full-time analyst gig after graduation, working on the government response to the COVID-19 pandemic. But she’s also influencing policy from outside Ottawa, as vice-president of the Afghan Youth Engagement and Development Initiative (AYEDI).

Yousof, who was born in Ukraine to Afghan immigrant parents, leapt into action after the fall of Afghanistan’s government in August 2021. Her organization successfully lobbied Parliament, through the Canadian Campaign for Afghan Peace, to increase Canada’s financial aid commitments along with doubling its intake of refugees. Her team’s tireless efforts and subsequent accomplishments trickled down into grassroots organizations across the country, ultimately helping thousands of families.

"Don't be afraid to be a changemaker, whether it’s social change, political change or change in your community."

"Even though the community was going through so much grief, they really came together and mobilized to advocate and elicit a government response,” says Yousof. “However, the humanitarian crisis in Afghanistan is worsening especially for women, girls and vulnerable ethnic and religious groups. There is more work to be done and Canada can make an impact right now.”

And while she was helping so many others, Yousof was dealing with her own internal struggles; she still had family living in Afghanistan and in Ukraine when each country was thrown into disarray by war and political upheaval.

“After the Taliban takeover, it was almost like a continuous cycle of devastation, because a few months later, Russia invaded Ukraine, and my family had to flee from there as well,” says Yousof.

Yousof says the Munk School prepared her to take on challenges at AYEDI and more, with the courses’ goals of setting up students for success in a variety of sectors including public, private and not-for-profit.

“And obviously, the faculty are very impressive,” says Yousof. “To have access to that faculty for mentorship was very important to me as well because I strongly believe in the power of youth mentorship.”

For example, she says Mel Cappe, a Distinguished Fellow at Munk, helped her see the possibilities for positive change and impact through public service.

“She always demonstrated determination and commitment to get things done,” recalls Cappe, who is cross-appointed with the Department of Political Science and the Munk School.

“She sees possibilities where other people see impediments and all I did was encourage her. She was able to use her own talents to get ahead.”

As I grew older, I realized...having a positive impact on the life of just one person...can equate to changing the world. And every time, it starts with listening and understanding what that person or group calls for, whether it’s justice or reconciliation.

Yaprak Baltacıoğlu, a former professor of public policy and Distinguished Fellow at the Munk School, also played a significant role, serving as Yousof’s mentor through year two of the program. A Member of the Order of Canada, Baltacıoğlu says she’s not at all surprised Yousof is making an impact through her work since graduating from Munk.

“Marjila was the type of student who is a gift to any professor: curious, hardworking, an independent mind with a drive to make a difference,” says Baltacıoğlu.

Yousof says Baltacıoğlu’s wisdom and conversations helped ground her understanding of her role and place in public service.

“Especially as a Muslim, a woman, a person of colour, an immigrant and a young person — she helped me see how those identities I perceived as challenges were, in fact, my strengths,” says Yousof.

“As I grew older, I realized sometimes that means having a positive impact on the life of just one person, which can equate to changing the world. And every time, it starts with listening and understanding what that person or group calls for, whether it’s justice or reconciliation.

“That's how you begin to break through those barriers and develop responsible and equitable policies for everyone. I know the work that I do, both in my career and in my free time, is grounded in these beliefs, and that's what makes me proud.” 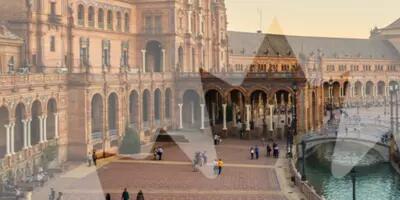 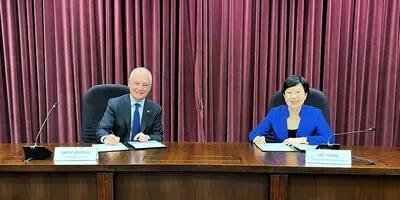 SMU and University of Toronto Deepen Collaborations in Sustainability