After a year’s COVID hiatus, Canada’s premiere social policy conference — the International Institute on Social Policy — is back, in a new partnership.

When 23-year-old Mattea Roach made headlines earlier this year after winning more than $700,000 CAD on Jeopardy!, she inadvertently drew attention to Ontario’s housing affordability crisis. For Roach and many other Canadian Gen Zs, home ownership is an unattainable goal — unless you rake in a staggering, six-figure windfall on a TV game show. “On some level, it’s a little bit grim that I had to go on a game show — and not just appear on a game show but be one of literally the top contestants to ever be on that show — to feel like I have now some chance at like having financial security in my twenties,” said Roach in an interview about her win.

In 2020, responding to the COVID-19 pandemic became the top priority for Canadian policymakers, leaving other issues to simmer on the back burner. Now, after more than two years of the pandemic dominating the social policy agenda, other issues, like affordable housing, are boiling over. On October 31, the Munk School and Queen’s University will join forces to examine what policy reform looks like in the pandemic’s wake at the 26th annual International Institute on Social Policy, called Next Wave: Challenges and Opportunities for Social Policy in the Coming Decade.

“In their effort to deal with pandemic urgencies, policymakers had to put aside other important but less conspicuous issues, such as growing income inequality and climate change,” says Ito Peng, professor of sociology at the U of T’s Department of Sociology and the Munk School. Peng is also one of the conference organizers.  “As we move forward, policymakers need to shift their attention to these more fundamental issues, as well as new concerns that are emerging in the post-pandemic context, such as labour shortages, issues related to immigration and mental health, and the huge demand for care and gender and racial/ethnic inequalities displayed in care work.”

The conference, which begins with an in-person launch on October 31, followed by numerous virtual seminars from November 2 to 18, will bring together leading international and Canadian experts to discuss the challenges and opportunities that lie ahead as policymakers begin that attention shift. The event boasts an impressive roster of speakers including former Mayor of Calgary Naheed Nenshi, Kevin Milligan, professor of economics at the Vancouver School of Economics; and Debra Thompson, Canada Research Chair in Racial Inequality in Democratic Societies at McGill University. A keynote address will be delivered by Baroness Minouche Shafik, an economist, the director of the London School of Economics, and author of What We Owe Each Other: A New Social Contract.

“What gratified us also was the level of interest and enthusiasm expressed by these speakers to our invitation,” says Peng. “I think it clearly shows the importance and timeliness of this conference. We hope that by bringing together experts in different areas, different perspectives, and from different global regions we could learn about social policy issues from multidisciplinary, intersectional, and comparative lenses.”

Another one of the conference organizers is Carolyn Tuohy, professor emeritus and distinguished fellow at the Munk School. She says that conversations like these are an important bridge between policymakers and the communities they serve. Meetings of the minds are a source of context and understanding, both of which are needed to fuel policy reform that actually works.

“Policymakers must be able to relate policies to people’s everyday lives. Social policy has to be understood not just as the product of expert analysis and stakeholder opinions, but also as responsive to concerns that have been heard and understood,” says Tuohy. “The risk of not undertaking a fundamental review of our social policy infrastructure is that we simply ‘drift’. Established policies will continue along a course that is increasingly out of phase with the actual problems society is wrestling with unless we understand the economic, political and social forces that are creating these problems and consider what is working and what’s not.”

Learn more about the Munk-Queens International Institute on Social Policy. 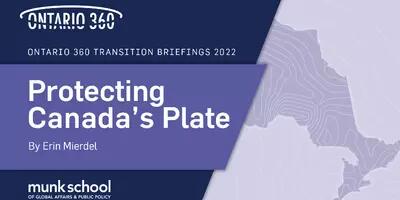 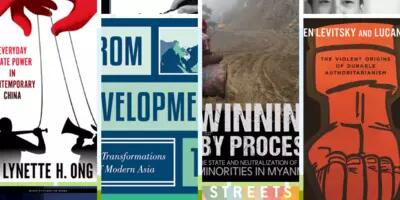