By University of Toronto staff

The Centre for the Study of Korea – housed at the Munk School of Global Affairs & Public Policy’s Asian Institute – is taking centre stage at the Toronto International Film Festival (TIFF) this week as the University of Toronto scholars Michelle Cho, Hae Yeon Choo and Juwon Kim take part in conversations about South Korean film and popular culture.

Cho, an assistant professor of East Asian popular cultures and cinema studies in the department of East Asian Studies in the Faculty of Arts & Science, will moderate a discussion on Sept. 16 with two Korean superstars: Lee Jung-jae and Jung Woo-sung.

Cho, an expert in South Korean cinema and global media, said she is looking forward to leading a conversation with Lee and Jung about their careers, their friendship and the success of Korean filmmakers at home and internationally – just days after Lee won an Emmy for best lead actor in a drama series for his role in Squid Game.

“TIFF invited six Korean films this year, following on the huge success of ‘Summer of Seoul,’ a Korean film series hosted by the TIFF Lightbox Cinematheque this past summer,” Cho said. “I’m really fortunate that my research allows me to be a part of public events like this, which are only possible because of how much interest there is, locally, in cultural content from South Korea.”

At U of T, Cho teaches courses that discuss topics such as the global popularity of South Korean supergroups such as BTS and the k-pop phenomenon more broadly.

Choo, director of the Centre for the Study of Korea and an associate professor of sociology at U of T Mississauga, as well as and Kim, a PhD student in East Asian studies, will also be taking part in the TIFF event and providing translation.

“An event like this is a prime example of what our centre strives to do – to support scholarship on Korea and make them meaningful for our communities in Toronto and beyond,” Choo said. “Korean cinema and other cultural creations are having a moment across the globe, which calls for an informed analysis based on in-depth knowledge of Korean culture, history, and society.

“Personally I grew up watching Lee Jung-Jae and Jung Woo-Sung from my teenage years, and am excited to see them up close as an interpreter, together with Juwon Kim, a PhD student in East Asian Studies.” 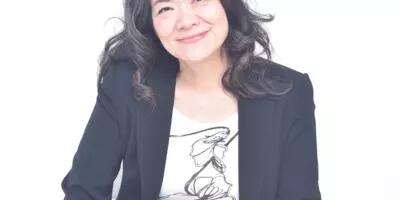 Is rights advocacy civil society in China dead? How the United States should navigate people-to-people exchange in a new era