“When the U.S. sneezes, Canada catches a cold” is a familiar adage pointing to the extensive relationship between the two countries. It’s a saying that has only become truer in recent years. When Donald Trump was president, for instance, he imposed tariffs on Canadian steel that led to widespread layoffs at Tenaris Algoma Tubes in Sault Ste. Marie. When Canada acted on a U.S. warrant to arrest Huawei executive Meng Wanzhou, it led to the detention of two Canadian nationals in China for more than two and a half years. And currently, a dispute over the ability for U.S. customs officers to carry firearms in Canada has led to the closing of all Canadian NEXUS enrolment centres, resulting in a backlog of 300,000 applications. While not always apparent on the surface, what happens in U.S. politics affects their neighbours in ways large and small. And as the socio-political climate in the U.S. continues to evolve, the need for Canada to understand a changing America will only become greater. 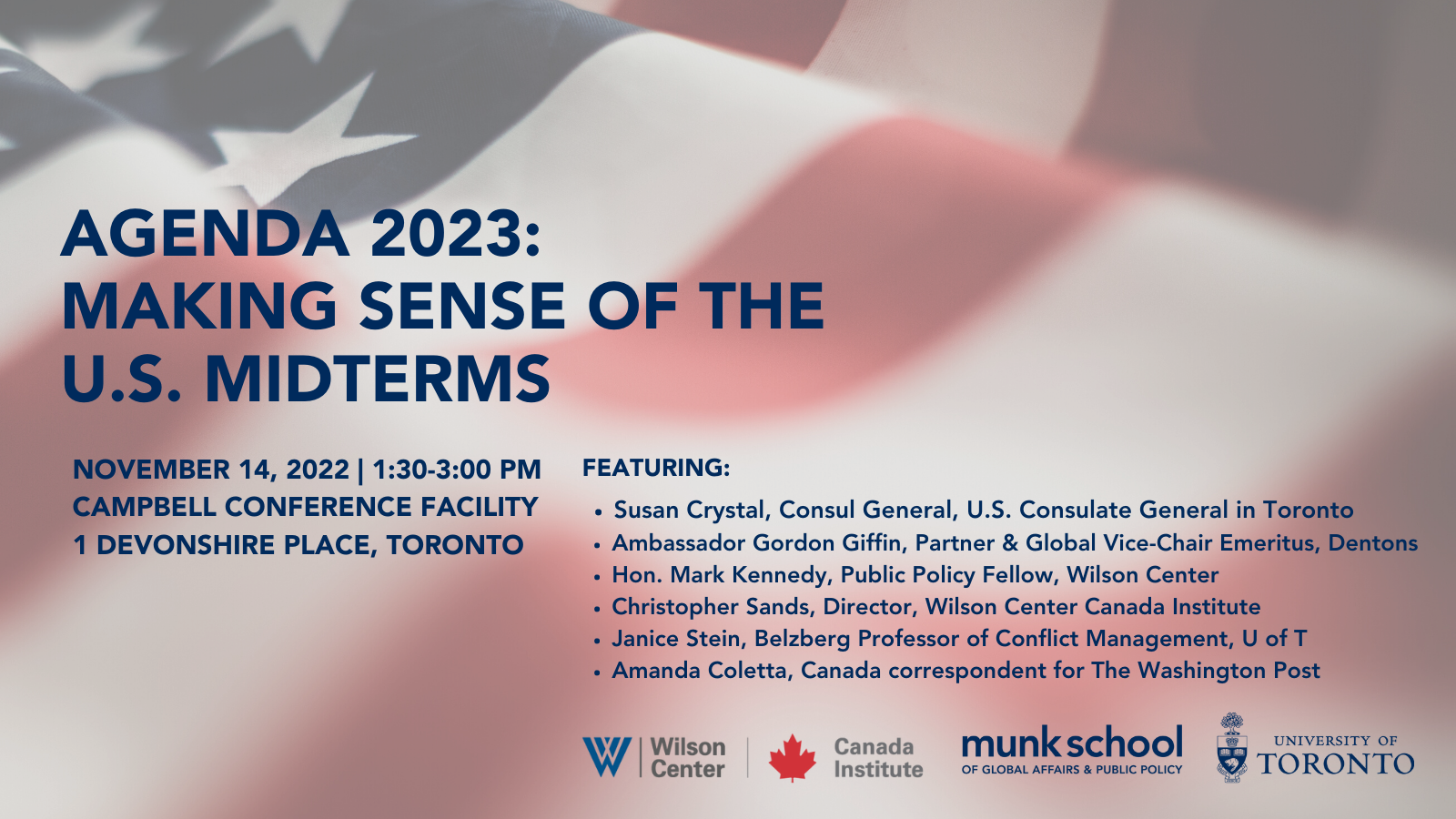 With that need for understanding in mind, a panel of experts will gather at the Munk School to discuss the outcome of the midterm elections and what it means for the U.S. and its allies in 2023 and beyond. The talk, which takes place on November 14, will be moderated by Washington Post journalist and Master of Global Affairs alum Amanda Coletta. The panel will feature U.S. Consul General in Toronto Susan Crystal; Ambassador Gordon Giffin, posted to Canada by President Bill Clinton; Mark Kennedy, former Minnesota Congressman (Republican) and Public Policy Fellow at the Wilson Center; Christopher Sands, director of the Wilson Center Canada Institute, and the Munk School’s Peter Loewen and Janice Stein.

The event is part of a new Munk School project called “Charting the Future of the United States.” Led by professors Loewen, Stein and Drew Fagan, the project examines America’s changing relationship to the world and the implications for its allies, like Canada.

“Over the next two years leading to the U.S. presidential elections in 2024, the Munk School will engage academics, government, and the business and policy worlds to make sure Canada has strategies to deal with different near- and longer-term U.S. futures,” says Loewen, director of the Munk School. “There are both challenges and opportunities here, and we’ll be working through ‘what if’ scenarios domestically with issues like inequality and data regulation, and international security arrangements included in a rules-based international order."

Going into the midterms, pollsters had predicted a “red wave” where Republicans would sweep Democrats in the vote and gain control of the Senate. Had this wave materialized, the GOP’s protectionist ‘Buy American’ credo could have had serious implications for Canada’s economy. While the sweep Republicans hoped for did not come to pass, the potential economic outcomes of a Red Senate underscore an important point that the Munk School project aims to highlight: because of Canada’s deeply integrated — and asymmetrical — relationship with the States, it is important to consider different scenarios for the future of American democracy and strategize how to deal with every possible outcome. Canada relies on the U.S. for its economic security and prosperity far more than the other way around, so understanding where the U.S. is headed is something Canada must bear in mind when considering its own future.

“This midterm election event is just the beginning. Over the next few weeks we’ll be launching our partners and sharing some of the research we’ve been working on,” says Loewen. “The United States is critical for all sectors of Canadian society from trade, to defence, to how we relate to each other. The Munk School is bringing our full expertise and ability to convene important conversations. We hope you’ll join us in exploring and charting with our partners where we’re going.”

Learn more and register for the event. 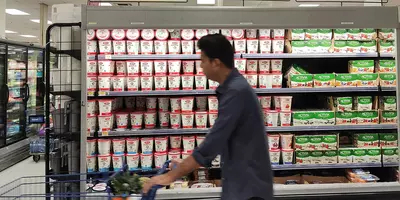 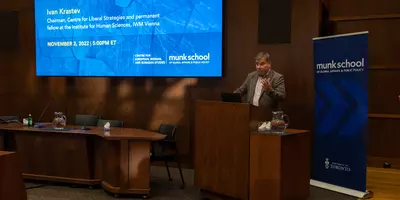