Three Munk School faculty members have received recognition for their research this week.

Professors Phillip Lipscy and Lynette Ong have each won a Social Sciences and Humanities Research Council of Canada (SSHRC) 2022 Insight Development Grant, which supports research in its preliminary stages and the development of new research questions, methods, theoretical approaches and ideas.

Lipscy, director of the Centre for the Study of Global Japan and chair in Japanese Politics and Global Affairs at the Munk School, received the grant for his research on “Institutional Racism in International Relations.” Lipscy’s past research has addressed critical topics such as international cooperation, organizations and relations in and of East Asia. He has also published extensively on Japanese politics and foreign policy.

Ong, professor of Political Science at the Munk School and Asian Institute affiliated faculty member, will conduct research titled “The Politics of Real Estate in China and Hong Kong.” Ong is an expert on China, the broader Indo-Pacific region, and has recently accomplished a decade-long study on repression and state power in China with her book, Outsourcing Repression: Everyday State Power in Contemporary China.

In addition to these accomplishments by Ong and Lipscy, the University of Toronto’s Faculty of Arts & Science has created the Dean’s Research Excellence Award to recognize research achievements that have been cited as especially significant in respective disciplines. One of the five inaugural winners to receive a $10,000 award is Randall Hansen, professor in the Department of Political Science. Hansen is also the Canada Research Chair in Global Migration and directs the Global Migration Lab at the Munk School.

Hansen’s research interests include migration, the effects of war on civilian populations, and eugenics. His distinguished and original work makes use of an extensive body of archival and oral historical evidence and as an author and co-author of many major works of non-fiction, Hansen has established an enduring concern for the interests of citizens that are often overlooked. His major books include titles such as: Disobeying Hitler: German Resistance After Valkyrie; Sterilized by the State: Eugenics, Race and the Population Scare in 20th Century North America; Fire and Fury: the Allied Bombing of Germany, 1942-1945; and Citizenship and Immigration in Postwar Britain.

Upon announcing the award, Faculty of Arts & Science Dean Melanie Woodin said, “the scholars we honour this year are widely recognized as having made an important and ongoing impact on research in their respective fields. As the very first recipients of these annual awards, they set a shining example for those who will follow them.” 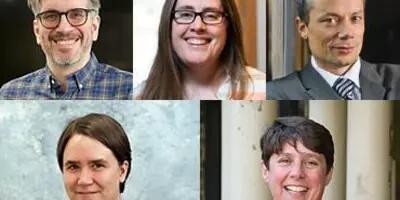 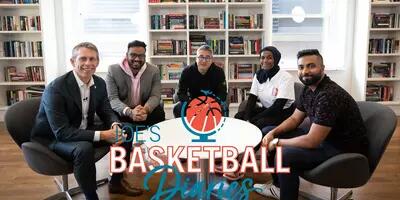 Joe’s Basketball Diaries Episode 5: Globalization and The Power of Sport